Whether you’re super organized or like to just wing it, organizing your plant based diet grocery list will save you considerable time once you’re actually at the supermarket. And who couldn’t use a little more time?

Trust me, I’ve spent way too much time bouncing from one end of the store to the other working from a disorganized list.

I find it enormously helpful to follow the same path through the store each time I shop. The only time I deviate from this approach is if I’m only grabbing 2 or 3 items. I tend to start in the frozen and refrigerated areas working my way to the produce section on the opposite end of the store.

Not all stores are laid out in the same way. However, I’ve noticed that most U.S. grocery stores tend to separate refrigerated / frozen from produce, with the more processed foods between the two. So, plan an organized path through the store and make your list match your path.

So, take advantage of their organizational structure and group items on your list in the same way. This saves you time as you’ll know exactly what your looking for without having to walk the entire frozen section just to grab broccoli.

Use the same concept for the rest of the store and pretty soon you’ll cut your shopping time in half.

This is really just a twist on the previous idea. Most of us know that the store uses aisle numbers to identify what products are

where. But, how many of us actually know that cereal is on say aisle 5? If you’re in a hurry like most of us are, taking a few notes the next time you shop could payoff big time on future trips to the market.

Now you could actually write down the numbers and generally what’s on each aisle, or you could do what I did and just snap a quick picture with your phone of each aisle sign. There’s generally a brief listing under the number of the main items down the aisle.
Some stores also offer a map of the store layout either online or physically on paper.

Next time you need bread just jot down Aisle 7 “Bread”… etc. As you’re shopping you can quickly skip past the aisles you don’t need and go directly to the ones you do. 🙂

So, you’ve made it from one end of the store to the other. Now you’re in the produce section. By far the area you’ll spend most of your time shopping when on a plant based diet. For that matter, it’s the one section that I have mapped in my head.

With that in mind I still try to make my produce list in the order that I shop this section. Mostly as a time saver so I don’t miss something and have to backtrack.

It’s also worth noting that it’s a good idea to get to know the produce manager at your store. They can be very helpful in locating items that are new to you, as well as being a knowledge resource in learning about availability and uses of various produce items.

A Stitch in Time…

Yes, I know. An out dated axiom. The shopping list has literally been around for thousands of years. If you plan ahead you’ll sail right through the grocery store in no time.  Organizing your list in such a way can also save you a ton of money. It keeps you on track and away from those tempting treats you might have otherwise picked up. It also keeps you focused on the task at hand rather than wasting time going up and down every aisle in the store. Over the course of a year that time really adds up and just think of all those fun things you could be spending that time on… 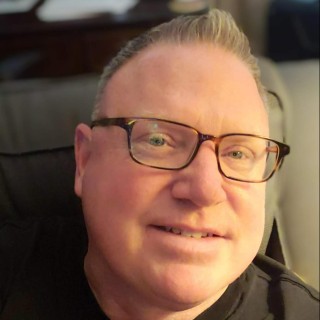 Rick is a content writer focusing on plant based eating and lifestyle. When not writing words he also enjoys writing music and is a huge classic car fanatic.